Glenelg Golf Club’s #TeamGlenelg has a strong history in Junior, Men’s, Women’s and Senior Pennant Golf in South Australia having won their first cup back in 1940.

“I think it’s fair to say we have forged a reputation as a force in Pennant Golf in SA. In other words, we are now the hunted!”

The Simpson Cup, named after Mr Fred N Simpson, was inaugurated in 1927 ‘…For the annual competition between several city clubs…’ Fred Simpson was a member of the family that established the Simpson white goods industry in South Australia.

The Simpson Cup was originally for competition between Kooyonga & Royal Adelaide from 1927 to 1938. Post World War 2 the Grange & Glenelg joined in the fray with the competition being modified and altered from time to time with finals and additional club teams. In 2008 Southern District and Mid-North District entered teams in the competition.

The start of Women’s Pennant has a less certain history dating back to 1929 when ‘…three wooden shields, black with silver lettering, were purchased for A, B & C Grade – cost not to exceed £2/2/- each…’

The SA Pennant Competition continues to evolve and expand in its effort to provide competition golf between clubs at the highest level. Adaption of technology such as on-line competition management and scoring has simplified administration of the Competition for all concerned.

The highlight of the current Competition is no doubt the Final where Simpson Cup & Sanderson Cup (Women’s A1) are played at one of the ‘sand-belt’ golf Clubs drawing five hundred and more spectators each year.

Director of the Glenelg Coaching Academy, Gareth Jones came to the Club in 2011/2012, bringing a winning formula to the Club, implementing a Pennant training program with a focus on the short game. Since Gareth’s Appointment as Head Coach of Japan Golf, our coaching staff have continued to focus on Gareth’s methods and consult with him on a regular basis when he is home.

I think it’s fair to say we have forged a reputation as a force in Pennant Golf in SA. In other words, we are now the hunted! 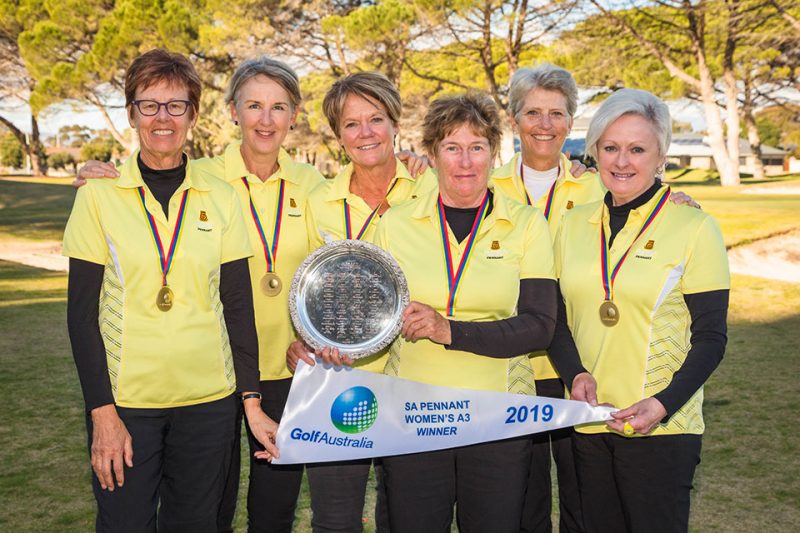 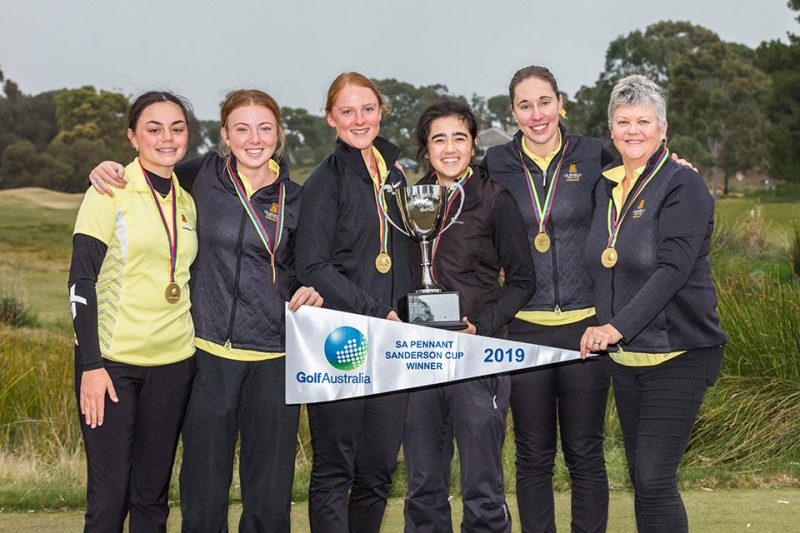 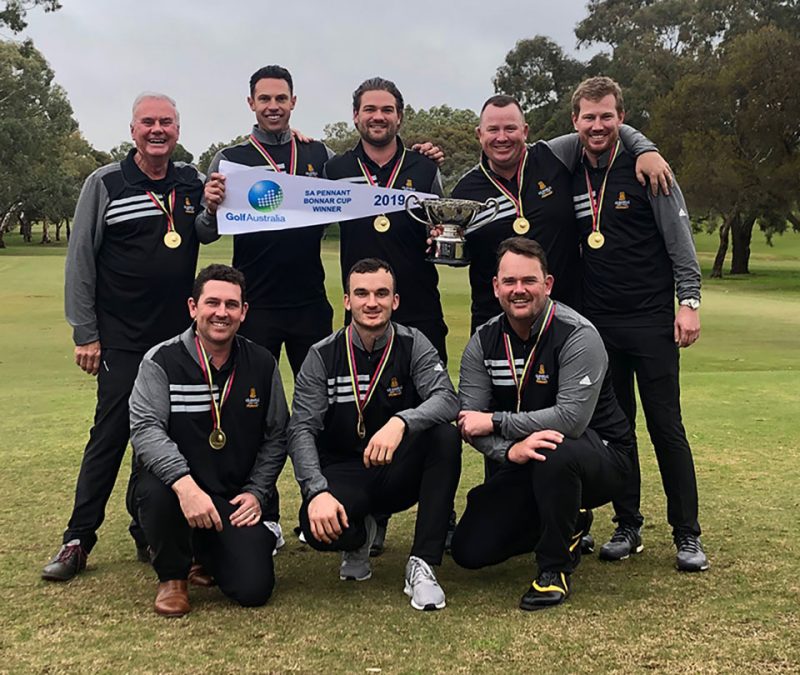 Bonnar Cup are Pennant winners for 2019 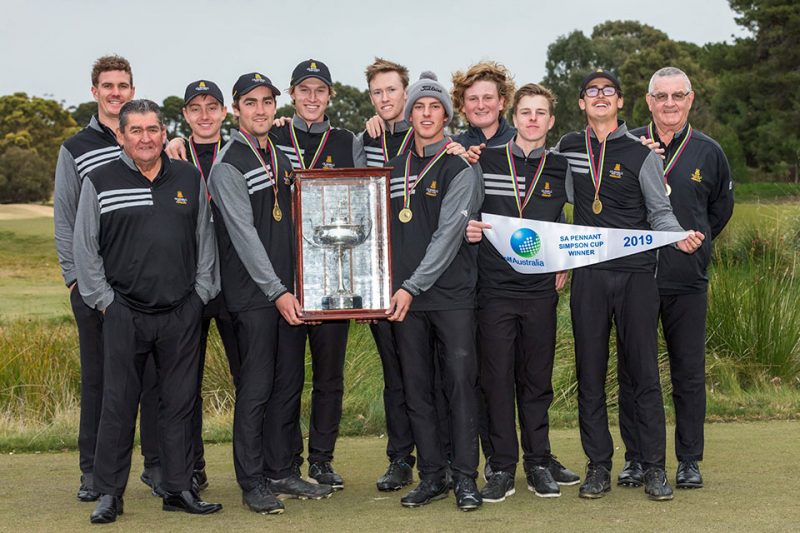 Unfortunately, due to the COVID-19 pandemic and restrictions on golf club events, the 2020 Junior, Men’s and Women’s Pennant Golf season were cancelled.

However, the 2020 Senior Pennant season went ahead and #TeamGlenelg brought home the Senior Div 2 flag!

#TeamGlenelg are raring to go for the 2021 season and will be back to bring home more flags than ever before!

Congratulations to everyone who played SA Pennant Golf this season.

#TeamGlenelg are very proud to have won both the Junior Sharp Cup and Women’s Pike Cup, with our Bonnar Cup and Sanderson Cup teams were runner ups. 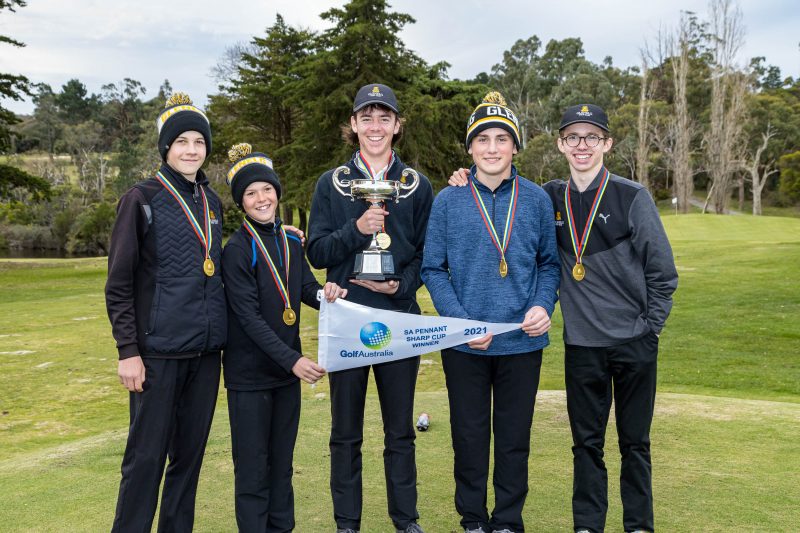 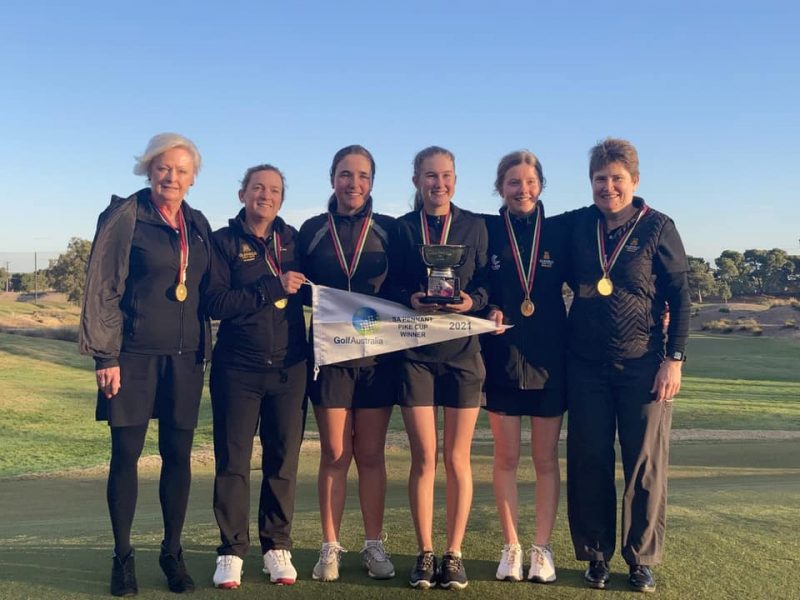 Pennant A3 Team Round 2